Clarifying the Meanings of Words

“Dancing with Words, Dancing with Wisdom” explores the meanings of our challenging and ecstatic life experiences, clarifies the meanings of the words we use, opens up our minds to more freedom and choice, and offers insights into our everyday lives.
An art form, not a science, it uses words in atypical ways to shift its listeners into experiences beyond words, transforming turmoil into inner peace.

Dr. Janet Smith Warfield serves wisdom-seekers who want understanding and clarity so they can live peaceful, powerful, prosperous lives. Through her unique combination of holistic, creative, right-brain transformational experiences and 22 years of rigorous, left-brain law practice, she has learned how to sculpt words in atypical ways, shifting her listeners into experiences beyond words, transforming turmoil into inner peace. 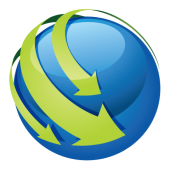